The FIM are delighted to announce a new Pay-Per-View broadcast deal with Tapes Up Productions for the 2022 FIM Long Track World Championship.  The UK-based company have a long-term involvement in the discipline, having first produced official coverage of the series in 2013, and they have captured all of the action in five subsequent events, including the title deciders at Rzeszów in 2020 and 2021.

For 2022, Tapes Up Productions will produce a series of shows broadcast online as ‘Video on Demand’ in the days after each event, including interviews and full coverage of every race.  The voice of FIM TV, Alex Raby, will provide the race commentary as he did on the FIM’s own in-house live stream production of the 2018 Long Track World Championship.

This coverage will be carried on the newly-launched Tapes Up TV, which will be gradually expanded in the coming weeks to include the company’s archive productions from across the track racing world, and new content including live stream coverage from selected events later in the year.

This new deal was penned shortly before the recent FIM Long Track of Nations held in Herxheim, where hosts Germany claimed victory after a tie in a Grand Final that was settled by less than half a wheel.  Tapes Up TV’s team were in attendance and all of the racing from the afternoon is already available to view online at www.tapesup.tv

The 2022 FIM Long Track World Championship gets underway with Final One in Poland on 18th June and the team are again looking forward to providing their exclusive coverage of the event. 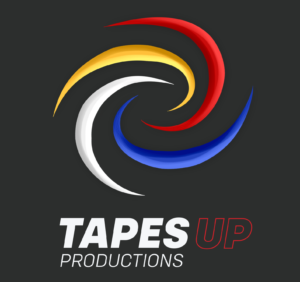 Page load link
We use cookies to ensure that we give you the best experience. If you continue to use this site we will assume that you are happy with it.
Cookie SettingsAccept All
Manage consent

This website uses cookies to improve your experience while you navigate through the website. Out of these, the cookies that are categorized as necessary are stored on your browser as they are essential for the working of basic functionalities of the website. We also use third-party cookies that help us analyze and understand how you use this website. These cookies will be stored in your browser only with your consent. You also have the option to opt-out of these cookies. But opting out of some of these cookies may affect your browsing experience.
Necessary Always Enabled
Necessary cookies are absolutely essential for the website to function properly. These cookies ensure basic functionalities and security features of the website, anonymously.
Functional
Functional cookies help to perform certain functionalities like sharing the content of the website on social media platforms, collect feedbacks, and other third-party features.
Performance
Performance cookies are used to understand and analyze the key performance indexes of the website which helps in delivering a better user experience for the visitors.
Analytics
Analytical cookies are used to understand how visitors interact with the website. These cookies help provide information on metrics the number of visitors, bounce rate, traffic source, etc.
Advertisement
Advertisement cookies are used to provide visitors with relevant ads and marketing campaigns. These cookies track visitors across websites and collect information to provide customized ads.
Others
Other uncategorized cookies are those that are being analyzed and have not been classified into a category as yet.
SAVE & ACCEPT
Go to Top